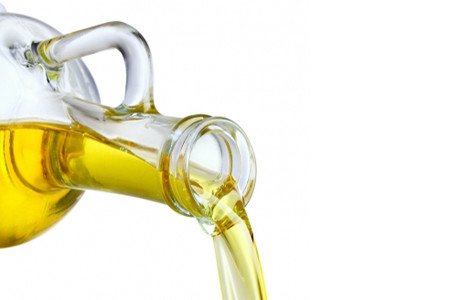 In stock | Wholesale and retail
Price from:
95 UAH
Buy
Country of manufacture:India
Description

Castor oil is used for receiving alkidny and epoxies, alizarinovy oil, enantovy aldehyde, sebatsinovy and undetsilenovy acids. It is used as polyol in reaction of receiving polyurethane.

As lubricant oil castor has a number of advantages in comparison with mineral oils: wide range of working temperatures (t of freezing = - 16 °C, t of flash =275 °C), insolubility in oil products, not toxicity, not aggression in relation to the majority of plastic. The main shortcomings limiting use of this substance as lubricant are its bystry oxidability and low heat conductivity.

At the beginning of development of aircraft castor oil was used as engine oil for piston aviation engines. Now has application in aircraft modeling in the lubrication system of kalilny and compression engines.

It is used for lubricant of details of cars in the food industry and as a component of plastic lubricants (for example, "VNIINP - 291", "Benzinoupornaya").

The first is not made long ago as has the low temperature of boiling and contains easily separated ethyl alcohol. Was in use till 1950th years.

The second is used in brake systems only with drum brake mechanisms (trucks and cars of old models, for example, of GAZ - 24). It Haraterizutsya by high resistance, it is not hygroscopic, is not aggressive for rubber details, has the greasing and anticorrosive properties.

Castor oil is a basis of a number of ointments and balms (including, Vishnevsky's ointments).

In the food industry castor oil can be used as the dividing agent. It is registered as E1503 nutritional supplement. Its application in this quality in the territory of Russia requires additional permission of Institute of food of the Russian Academy of Medical Science.

Known depletive. At intake in a small intestine it is split by a lipase therefore the ritsinolevy acid causing irritation of receptors of intestines (on all its extent) and reflex strengthening of a vermicular movement is formed.

Castor oil is irreplaceable for care of products from smooth skin. It is well absorbed, does not get thick over time, gives to skin flexibility and water - repellent properties, restores it if it dried up. Use of castor oil in mix with linseed oil and beeswax in a proportion is optimum.

Castor oil is applied as means to strengthening of hair.

Castor oil in other languages